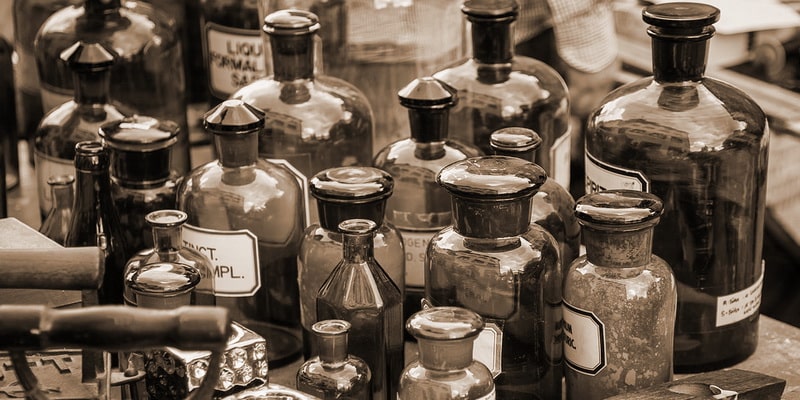 Introduction to short history of Sweden bitter tonic and who invented original formula and recipe for Swedish tincture. Most important Swedish bitter benefits

Sweden bitter, also called Swedish tincture or Swedish bitter, is a traditional herbal tonic for stomach and elixir for longevity, which is dating back long time ago – to the 16th century. Its latin name is Elixir ad vitam longam.

Surprisingly, Sweden bitter formula doesn’t have any specific swedish herbs inside. In its own original formula, Elixir for longevity has big amount of expensive spices like Theriac, Saffron, Myristica, Myrha, Aloe, Curcuma…

Formulation of this mighty compound was invented by Philippus Theophrastus Bombast von Hohenheim Aureolus, who was known as Dr. Paracelsus and lived in the 16th century. It was formula of different spices, theriac and bitter herbs for digestion. Except of Venice theriac, the list of bitter herbs in formula includes ingredients from Europe and Far East.

Original Swedish bitter seems to be one of many stomach bitters, but it’s much better for general health and longevity, because it makes balance for whole body, not only for stomach.

Unfortunately, Dr. Paracelsus suffered much of a criticism from pharmacists and doctors, despite his many successes in herbalism. It wasn’t an obstacle for him sticking strictly to rules of alternative and traditional medicine.

Dr. Paracelsus is the inventor of Sweden bitter original formula and most important person in history of Swedish bitter and other stomach bitters. His recipe was to be centuries ahead of his time.

What are swedish bitters benefits?

The Swedish bitter elixir or Sweden bitter tonic is claimed to cure a large number of diseases and conditions. These claims about swedish bitter benefits are presented with little in the way of scientific evidence to support them, but empirical evidence through the time provides for a very large database of positive results about them.

Swedish bitter’s side effects are rare and depend on producers and their product. Original Swedish bitter with theriac doesn’t have side effects, but regular market tonics tend to irritate colon and raise blood pressure.

In modern times, Swedish bitter or Sweden bitter in Europe has been popularized by excelent Austrian herbalist Maria Treben. She examined Samst’s Old manuscript which detailed the efficacy of the Swedish bitter tonic on over 40 different conditions.

Maria Treben finally published the recipe of the Sweden bitter mixture in her book “Health through God’s Pharmacy “, which remarkably run out of over eight million copies. She got award for rediscovery of elixir and had crucial role in history of Sweden bitter.

Thankfully to her, we have pretty clear insight in magic effects of powerful Sweden bitter elixir or Swedish bitter tonic.