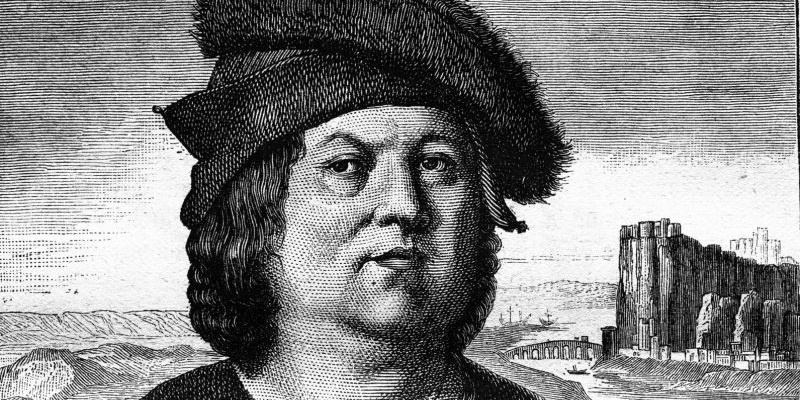 His quote “Dosis sola facit venenum” means “The dose alone makes the poison”. Actually, he said that all things are poisons and nothing is without poison, but only dose of it makes a thing poisonous. This Paracelsus’ concept is the very basis for modern pharmacology and the same time for toxicology.

Paracelsus was born in Einsiedeln (now Switzerland) in 1493 or 1494 and died in Salzburg (now Austria) in 1541. He lived only 47 years, but left to us priceless Paracelsus elixir for longevity.

His father was a respectable physician and Paracelsus gained an interest in medicine from him. Paracelsus studied metallurgy, alchemy and medicine where from he got the most of his unique education. He was also personally interesting as a being and he called himself „Paracelsus“, which in free translation means „above Celsus“.

Paracelsus had unusual life and made controversies all the time. As we said, he was a physician, but also he was surgeon, chemist, mystic and occultist. When he was young, he started working at the mine as an analyst and gave the name of Zinc.

At the age of 16 he began to study medicine in Basel, Switzerland. Later, Paracelsus began to travel around the world seeking a knowledge secret of health and disease through alchemy and occultism. He traveled to Turkey, Russia, throughout Europe. As a doctor of Science and professor at the University of Basel, Paracelsus was so interested in activity of minerals and medicinal herbs on human health. He claimed the body life functions can be reduced to chemical processes and disease can be treated with chemicals. Paracelsus understood very well how important is the concentration of some substance in drugs, which made him the forefather of pharmacy. He also contributed in descriptions of some diseases, especially kind of professional diseases like ones with miners face them.

Paracelsus publicly burned Avicenna’s „The Canon of Medicine“, which was the most important tutorial of medicine that time. Also, he rejected Galen’s tradition of four humoral fluids, seeking medical reform and the rejection of old medical misconceptions. Due to those, Paracelsus is also called „Luther of Medicine“. Chroniclers wrote that he was gloomy and fractious, but history remembered him as a righteous and ethic man who helped poor people.

By the way, his renaissance and mystical understanding of the world brought him into a series of naive misconceptions and beliefs such as astrology, alchemy, magic effect on diseases, the use of talismans, dangerous mercury and toxic metals in healing. The pagan element was predominant in his philosophical perceptions of the world. Paracelsus was credited with introducing opium into medicine and treating pain, which means he is the pioneer of modern pain therapy. Except revolutionary ideas he had, successful results of healing at that time celebrated him. Either way, Paracelsus was a successful physician of his time.

Paracelsus died under unclear circumstances after a short illness. In his time, he had a lot of enemies because he doubted the medical practice and essentially did not have many followers and influences after death. Just in time, the power of his ideas got in effect and these ideas carried a medical revolution out in many things.

Also, Paracelsus was the forefather of the modern holistic movement, because he considered that good health as a consequence of harmony between human and the environment. The health for Paracelsus is the balance between microcosm and macrocosm. That’s why his alchemy wasn’t concentrated to create gold, but to create golden health. The goldest thing left to us is Paracelsus formula for Swedish bitter.

„There are two kinds of war on earth. One is caused by wilfulness – since all might hails from evil and is illegitimately born. The other is the war of the members in our body – the diseases. The first is set upon pride and its glittering splendour; the second one is in the body and is an emergency without pride“ – Paracelsus.

Formula for Sweden Bitter and Maria Treben and Paracelsus

According to the legend, the writing of Paracelsus formula for Swedish bitter was found in the 18th century in documents of Swedish Rector of Medicine Dr. Claus Samst. As the tradition said, Dr. Samst was very healthy and very vital when he suddenly passed away at age 104, due to an accident when he fell from a horse. All in his family were long-lived and centenarians, so the secret of their longevity was in use of Paracelsus recipe for Swedish bitter daily, which Dr. Samst used with his co-worker Dr. Urban Hjärne, who also died very old. The writing with the formula of Paracelsus elixir for longevity is called „The Great Manuscript“.

The elixir was named „Sweden Bitter“ because it was slightly bitter and the formula was found in Sweden.

The original formula for Sweden Bitter from The Great Manuscript, so-called „The Great Sweden Bitter“, was created in the 16th century yet and was made by Paracelsus. According to that Paracelsus Swedish bitter formula, the most important ingredient is the ancient medicine Theriac, as well as the essence from plants and minerals which is treating, but it’s obtained from wine.

In the work „Volumen Paramirum“ Paracelsus presented his „science of spheres“ where he was seeking the reasons for pathological changes and diseases. He considered that special spheres by their influence on humans leading to the appearance of certain diseases. Paracelsus thought that exist five spheres or „entia“ as he called them:

That’s why his preparations were assigned to harmonize spheres and human being. Therefore, in the medicinal plants and minerals he sought the substance which is healing – Quinta essentia. One of those products that he made with wine is Elixir ad vitam longam, which is the Latin name for Golden Sweden Bitter. We wanted to keep the most original Paracelsus formula for Swedish bitter and made Golden Sweden Bitter as original Paracelsus elixir for longevity.